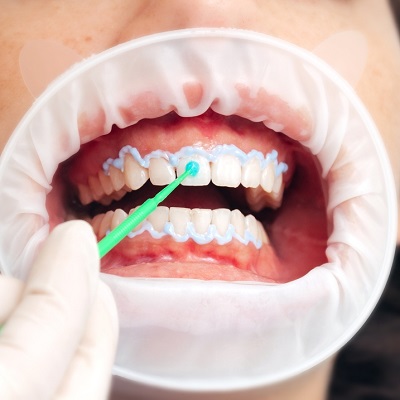 Here’s to your future smile!

One of the stereotypical questions that arise nowadays is Is Hydrogen Peroxide teeth whitening safe for teeth? This is the most essential element in the cabinet. A container of brown container is visible from far away. You may have pondered about many hydrogen peroxide-containing teeth-whitening or “bleaching” products available on the market. Who doesn’t desire a smile that is brilliant and white, after all? Are these products secure? Also, do they work? In many commercial teeth-whitening products, hydrogen peroxide is a popular and efficient active ingredient.

What is Hydrogen Peroxide Teeth Whitening?

It is a chemical bleaching agent that works by entering the enamel to help whiten teeth. It has antibacterial characteristics that can help persons who suffer from oral conditions including plaque and gingivitis. Hydrogen peroxide has been used for years to treat and heal wounds due to its antiseptic and disinfecting characteristics. It is becoming more and more well-liked as a home remedy teeth-whitening product. In the part that follows, we’ll examine its different properties.

How to Use Hydrogen Peroxide as a Teeth Whitener?

There are the following ways to use it:

The following products can be purchased in stores that employ hydrogen peroxide to whiten teeth:

You can get teeth whitening services from the best dentist in Islamabad. Your dentist will use a considerably higher dose of hydrogen peroxide during in-office treatment compared to over-the-counter alternatives. As a result, you will require fewer treatments. You’ll probably pay more money for it, though. Call your dentist for assistance if you’re thinking of having your teeth whitened in the office.

How Does Hydrogen Peroxide Work?

The reason hydrogen peroxide is such a potent substance is that it oxidises the moment it comes into contact with air. While the oxidation that occurs makes it effective to kill bacteria. It also harms the cell wall and the majority of materials it contacts. Because of this, hydrogen peroxide is a somewhat aggressive chemical.

Finally, getting a bleaching procedure done by your dentist is always the safest choice when using hydrogen peroxide. Even though it is significantly more expensive than store-bought or homemade alternatives, your dentist can utilise higher doses of hydrogen peroxide in a regulated and safe setting.

Following are the Benefits of Teeth Whitening in Islamabad:

In teeth whitening solutions or with at-home applications, hydrogen peroxide can harm your teeth. The harm may be amplified under certain conditions:

The most frequent adverse reaction to hydrogen peroxide teeth whitening products is tooth discomfort. Gum sensitivity and surface enamel degradation are two more potential side effects. But these two adverse effects are uncommon. Certain other side effects may include:

Using hydrogen peroxide safely is essential if you want to whiten your teeth. Make sure the hydrogen peroxide concentration is not too high, and consult the best dentist in Islamabad before using any at-home whitening treatments because many of them are abrasive and might harm your enamel. So call Royal Cosmetic Surgery Clinic Islamabad directly or fill out the form given below to book your consultation.