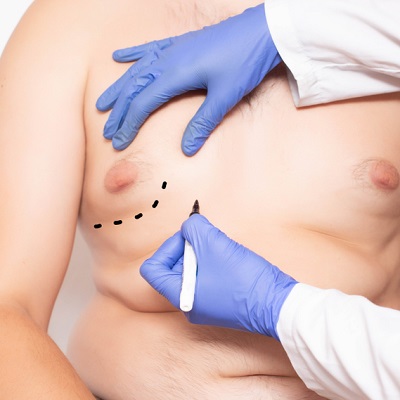 Bodybuilders who take an active role in their physical development face many challenges. The first is male gynecomastia in bodybuilders, which we’ll discuss in more detail later, and the second is a breach in the reproductive system, but it’s possible that both of these tragedies take centre stage in this scenario. And while it’s true that bodybuilders’ impotence is more myth than reality, the second illness is very real and poses a serious risk to athletes who care about their physical development and body health. Gynecomastia Surgery for Bodybuilders in Islamabad is the ideal remedy for your all concerns.

the various tissue types that are used to categorise gynecomastia. Gynecomastia frequently includes adipose and glandular tissue. The glandular tissue of the breast gland is denser to the touch than adipose tissue. Numerous factors, such as hormonal imbalances, drug use, and other metabolic conditions, can contribute to gynecomastia.

Bodybuilders and athletes are the most frequently impacted. This particular form of gynecomastia is brought on by glandular tissue growth. This might be brought on by the use of anabolic steroids, which are estrogen-converting. To remove this specific type of gynecomastia, surgery is necessary; frequently, a small periareolar incision is all that is needed. Since true gynecomastia is not caused by obesity, weight loss will not help treat it.

Pyschedecomastia is the exact opposite of gynecomastia. Pseudogynecomastia and adipose tissue are almost always related. Diet, exercise, and weight loss work better for treating false gynecomastia, which also has visible symptoms in the form of enlarged breast glands. Surgery for pseudo-gynecomastia can benefit from liposuction for the same factors that other body parts do. When diet and exercise are insufficient and the breast volume remains disproportional to other body parts, liposuction can be used to target the fatty tissue in the breast area. Occasionally, a lump of glandular tissue can be hidden by fatty tissue beneath the areola.

The development of the feminine type and asymmetry of the mammary glands are frequently seen in guys who enjoy physical activity. In bodybuilding, gynecomastia has become fairly common. The situation is problematic because:

Athletes who are overweight can develop pseudo-gynecomastia without enlarged glandular tissue. Loss of metabolic control and the conversion of androgen testosterone to oestrogen in peripheral tissues by the enzyme aromatase are both factors that contribute to the problem of gaining visceral fat. The body’s aesthetic appeal is negatively impacted by breast development in accordance with the female type, which also poses a significant obstacle to competition. The proportions can only be altered using the operational approach.

An accomplished breast surgeon uses both general and local anaesthetics during the procedure. The incision of soft tissues at the edge of the pigment of the nipple or lower fold and fat suction through a cannula constitute the fundamental components of the radical approach. The surgeon removes extra skin and sutures the wound. It can take up to 90 minutes to complete the operation. The patient is given a bandage after the procedure and is sent home the following day.

There is no need for treatment. Around twice a week, the patient comes in for dressings. After two weeks, the athlete can start back training. The procedure will definitely improve the breast’s appearance and return it to its previous level of comfort. The occurrence of gynecomastia on a regular basis is unusual.

If you have been told by your doctor to undergo Gynecomastia Surgery for Bodybuilders Islamabad, be more prepared. Don’t just be mentally and physically prepared; also be financially ready. Gynecomastia surgery can be very expensive, but you can usually get insurance to pay for it by simply asking your insurer. So call us directly on our given number or fill out the form given below if you want to know that whether this surgery is right for you or not.